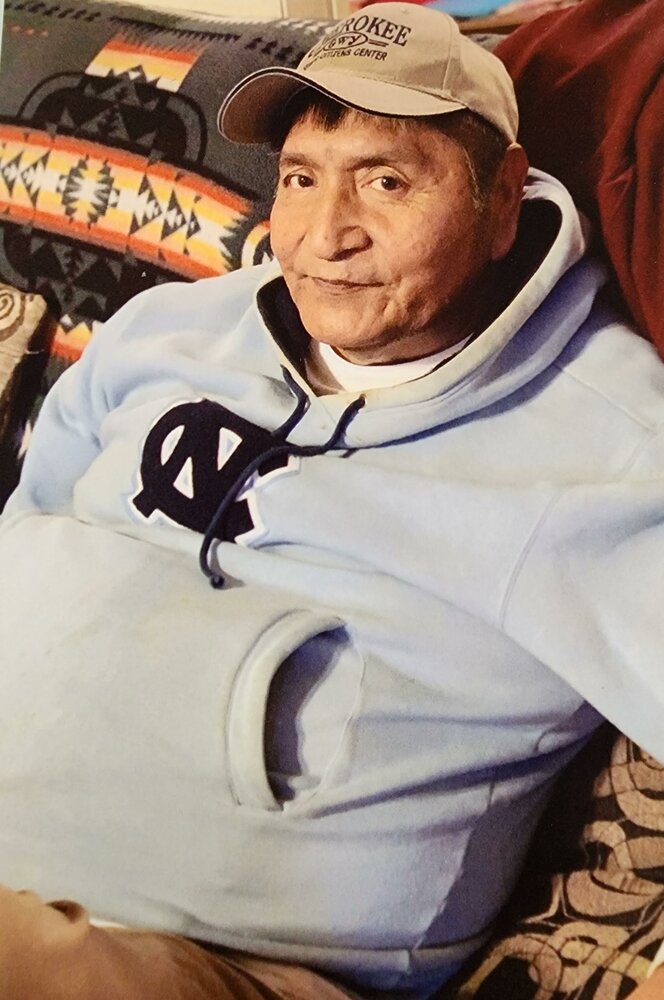 Please share a memory of Villareal to include in a keepsake book for family and friends.
View Tribute Book
Villareal Abel West, also known as “Vee”, age 66, of the Big Cove Community went to his heavenly home on Saturday, September 10, 2022, after an extended illness. He is the son of the late Geneva (Wolfe) and Alfred West Sr. He was also preceded in death by his Brother, Alfred West, Jr. Sisters; Inell West, Shirley Welch and Vivian Solis. Nephew, Nate Garcia. Vee is survived by his Son, Christian Adam West. Grandson, Jayce West, who was the light of his life. Brothers; Nathan West, Angelo West (Kelly) and Gator West, all of Cherokee. Sisters; Oneva Garcia (Joe) of New Mexico, Gloria Hyatt and Lavinia Hicks (David) of Cherokee. Aunt, Eloise James of California and many nieces and nephews. He was a faithful member of Straight Fork Church. He enjoyed watching western shows, especially Bonanza and Gunsmoke. He was an avid Carolina Tarheels and Cherokee Braves fan. A visitation will be held on Wednesday, September 14, 2022, at Straight Fork Church, beginning at 5:00pm until 10:00pm. Vee will remain at the church until the hour of service on Thursday, September 15, 2022, beginning at 11:00am. Pastor Harley Maney will be officiating. Burial will be in the Wolfe Family Cemetery. Pallbearers will be Lupe Solis, Villareal Nika West, Jeremy Hyatt, Gatlin West, Damian Solis, Alfred Welch, Joseph Solis and Travis Hicks. Long House Funeral Home assisted the Family with final arrangements.
To send flowers to the family or plant a tree in memory of Villareal West , please visit Tribute Store
Wednesday
14
September

Look inside to read what others have shared
Family and friends are coming together online to create a special keepsake. Every memory left on the online obituary will be automatically included in this book.
View Tribute Book
Share Your Memory of
Villareal
Upload Your Memory View All Memories
Be the first to upload a memory!
Share A Memory
Send Flowers
Plant a Tree