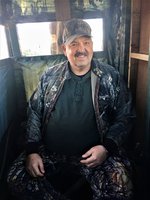 Obituary of Michael Dwight Tiger Mike Tiger, 70, Wolf Clan continued his journey on November 20, 2020 surrounded by his loving family following a period of declining health while at Harris Regional Hospital in Sylva, North Carolina. Mike was an enrolled member of the Seminole Tribe of Florida. Born March 7, 1950 to his late Seminole Father Howard Tiger and his Mother, Winifred (Sneed) Tiger of the Eastern Band of Cherokee Indians. He is also proceeded in death by maternal grandparents: Cam and Minda Bradley Sneed of Cherokee, North Carolina; his paternal grandmother: Ada Tiger of the Seminole Tribe of Florida, Snake Clan; as well as his two brothers: Clyde Tiger and Vernon Tiger. Mike is survived by his wife of 46 years, Judy Gloyne Tiger and his four children: Ernest Dwight Tiger, Ruscilla Bree Tiger, Catcuce Vernon Tiger (Katie), Katie Tiger Smith (Elijah). He also leaves behind six grandchildren: Ali Skye, Mikah Day, Lil Catcuce, Shaligugi, Hagan, and Ani Unole. In addition, he is survived by his loving sister, Ruscilla Tiger of the Hollywood Reservation. He is also survived by his first cousin who was more like a brother to him, Moses “Bigshot” Jumper. As well as, his childhood friend, Dan Miller, who Mike also considered as a brother. He also leaves behind many, many caring members of the Sneed family in Cherokee, North Carolina. Along Mikes journey he made many friendships through his love of hunting and fishing. He also left a mark while enjoying coaching, athletics, and his professional career. Mike grew up on the Dania-Hollywood Reservation in Hollywood, Florida. He was very proud of his Seminole Tribe of Florida and Eastern Band of Cherokee Indian Heritage. Mike grew up living in a “chickee” until his father moved the family into a house on the Hollywood Reservation. As a young man, Mike was an outstanding athlete at McArthur High School. Together with four other Seminole teammates: Joe Osceola, Moses Jumper, Max Osceola, and Moses Osceola; these Seminole players were dubbed “The Fearsome Five.” They were instrumental in helping win the 1967 District Football Championship. Mike went on to attend Tampa University to play football. Mike joined the National Guard and served from 1969-1974. Mike began his long career in 1971 at the age of twenty-one when Mike was elected to the Board of Directors of the Seminole Tribe of Florida Inc. . He is the youngest person to hold public office of the Seminole Tribe of Florida. In 1973, he came to work full time for the Seminole Tribe as the Human Resources Director. Eventually he was promoted to Executive Administrator of the Seminole Tribe. In 1982, Mike moved his family to Nashville, Tennessee to work for Indian Health Service (IHS). The IHS Nashville Office manages all the resources for providing health services to American Indians and Urban Organization funding for American Indians living from Texas to Maine to as far south as Florida. Over the next twenty-two years, Mike worked in many different positions with IHS, from Executive Officer to Deputy Director. The latter ten years of his time with IHS, he served as Area Director. Mike retired from IHS in 2004 after twenty-two years of service and went home to Florida to work for his people the Seminole Tribe as the Tribal Treasurer. His family will be holding a Memorial Service for Mike Tiger at Cherokee Baptist Church on Monday, November 23, 2020. They will be accepting condolences and visitations from 3:00 PM until 4:00 PM at which time his daughter, Katie will begin his Eulogy. After his eulogy, they would like to invite friends and family members to speak and share beloved memories of Mike. Closing in prayer. Mike will be interred at the 1st Seminole Baptist Church in Hollywood, Florida next to his family home. The family has requested that no flowers be sent for Memorial Service; those so inclined may donate in Mike’s Memory to the Cherokee Baptist Church Building Fund, P.O. Box 395, Cherokee, NC 28719. If you plan to attend, please wear a mask, use hand sanitizer, and practice social distancing to help protect each other. Long House Funeral Home assisted the Tiger family with final arrangements.