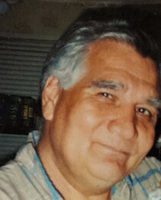 Obituary of Vaughn F. Smith Vaughn F. Smith, 74, of Cherokee, North Carolina passed away after an extended illness on September 6, 2020. He is preceded in death by his parents, James Harvey Smith Sr. and Helen Bradley Smith. Vaughn is survived by his daughters: Janice Wilnoty, Sandra Smith, Frances Smith and Deborah Smith, as well as by their mother, Malinda Mahan. He also leaves behind one sister, Carol Welch, as well as her daughter, his niece Jaime Welch. Vaughn loved being a grandpa and will miss his grandchildren: Ashford Smith, Ashley Murphy and Thomas Wilnoty, Alissa Smith, Christian Smith, Miranda Smith, Damian Catolster, Brianna Smith, Kiri Hill, Haley Cooper, Caedance Smith, Makenzie Rattler,; as well as his nine great grandchildren. Vaughn was a member of the Pentecostal Holiness Church of Big Cove. He will be remembered as a brilliant man, who knew more about the outdoors than anyone his children had ever met. He found great joy in sharing his knowledge of the outdoors as well as Cherokee culture and how to live off the land. He enjoyed volunteering in his community, whether it were donating to people with food or in other ways. He would often collect various plants and greens from the mountains and teach how it could be eaten or used for medicinal purposes. Vaughn loved horseshoes, jack snaps and card games. He was unbeatable at Setback. One of his daughters most treasured memories of their dad will be of him doing cannonballs of the big rock at The Deep Hole in his younger days. The family will be having visitation for Vaughn F. Smith on Thursday, September 10, 2020 from 4:00pm - 8:00pm at the Pentecostal Holiness Church in the Big Cove Community. Funeral services will be held Friday, September 11, 2020 at 11:00am with Reverend James "Bo" Parris officiating as well as Joe Wolfe and Reverend Anne French to share words and prayers with those gathered. Vaughn will be taken to the Smith Family Cemetery on Wally Welch Rd. after service for interment. Pall bearers will be among family and friends. Long House Funeral Home assisted with arrangements.